Readily available in drugstores and supermarkets in familiar brown bottles that block light, hydrogen peroxide is simply water (H2O) with an extra oxygen molecule that is loosely attached to form H2O2.

He unabashedly begins his stories in newspapers, magazines and online by proclaiming, 'This will be the most phenomenal article you will ever read'. He claims to have cured his own cancer, to have removed his own warts and to be the most robust 82-year-old on the planet ever since he discovered the miracle solution known as hydrogen peroxide.

That extra oxygen in hydrogen peroxide is highly unstable in solution and vaporises easily upon contact with other substances, thereby accounting for the fizzing that occurs whenever hydrogen peroxide touches your skin. The 3 percent solution most commonly sold in stores is widely used to clean cuts and abrasions in pets and humans, and for numerous other cleaning and sterilisation applications around the home. Many people use H2O2 as an environmentally friendly alternative to chlorine in pools and, especially, hot tubs.

That same oxidation action that keeps water clean apparently also has a positive impact in horticulture. Numerous hydrogen peroxide manufacturers recommend soaking seeds in H2O2 prior to planting to speed germination rates. Watering with hydrogen peroxide is also recommended to help keep fungal and bacterial diseases at bay. Most instructions call for diluting the 3 percent solution to a few tablespoons per quart of water prior to soaking your seeds or spraying your plants. Munro’s instructions are quite different. He uses an 8 percent solution, which he produces by diluting the 40 percent solution that he purchases at hair-salon supply stores. 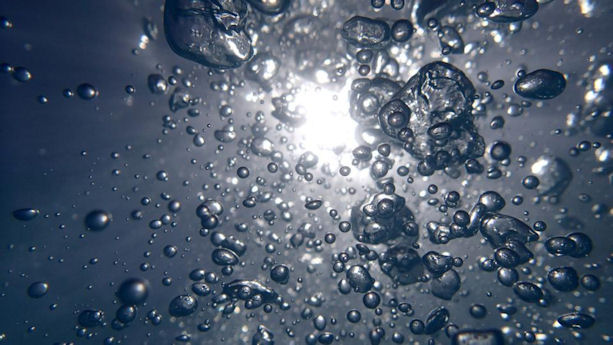 "This was just trial-and-error on my part," he said. "Having no prior knowledge of what strength to use, I started my experiments with 8 percent and the plants didn't die. I've stuck with the 8 percent ever since. At some percentage, I'm sure, the peroxide could burn the plants, but I can assure you that at 8 percent it doesn't."

Munro said he soaks many seeds in peroxide prior to planting and has found germination rates to be as much as 50 percent faster. Depending on the seeds, he'll soak them anywhere from a few hours to overnight. He said he sprays all seedling roots and their planting holes, and also sprays all trees, shrubs and his lawn. He said his only fertiliser is the ash from his wood stove, and his water is from his own well. The seed soaking doesn't work for everything , especially beans, but he said it works really well for potatoes, corn, squash, cucumbers and radishes.

Yields and germination rates aside, Munro's most compelling claim about hydrogen peroxide in the garden concerns insect infestations. "I started spraying just about everything that was green in my yard with the peroxide, and the results were a huge surprise to my wife and me," said Munro. "We had no mosquitoes or other flying bugs in our yard. There were a few ladybugs, but they were few and far between. I don't think the peroxide did any harm to the ladybugs, but since there are so few other insects for them to eat, the ladybugs just don't come around."

According to Rene Larose, a retired microbiologist from Manchester, Conn., hydrogen peroxide does reduce insect populations "not by eliminating adult insects, but by oxidizing and killing their eggs and larvae." Larose developed and owns U.S. patent 6455075, defined as 'a method for control of insects on plant tissue, which includes applying a solution that includes hydrogen peroxide to the plant tissue.' The hydrogen peroxide in Larose’s formulations has a concentration of 0.05 to 3 percent and includes other proprietary ingredients such as acetic acid and phosphoric acid.

The question, obviously, is that if a product as common as hydrogen peroxide offers so many benefits in the garden, why hasn't everyone been utilising it for years?

Munro theorises that, in a world driven by profit, the economic powers have little motivation to promote something as inexpensive and commonplace as hydrogen peroxide.

It is important to use hydrogen peroxide with caution, testing it on limited crops prior to spraying the entire yard and garden, and to only use pure H2O2 or 'food grade' formulations. Some brands of peroxide may contain harmful byproducts. Another important consideration is dilution of the peroxide when the percentage is higher than 8 percent. Concentrated peroxide of 35 or 40 percent is highly corrosive and would certainly be harmful to plants and soil.

"Anyone ought to see what works for him or her," said Munro, the outspoken octogenarian whose instructions can be found all over the Internet. "I think people need to see that this works for themselves." 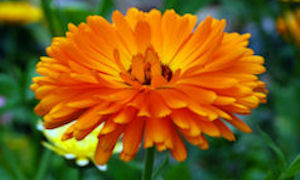 Companion planting is the term used for growing different plants close to each other because they will have a beneficial effect on your crop. 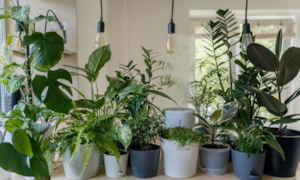 By checking conditions in your indoor garden area against a list of growth influencing factors from top to bottom, you can identify the source of any problem.

Why do my Plants Keep Dying?